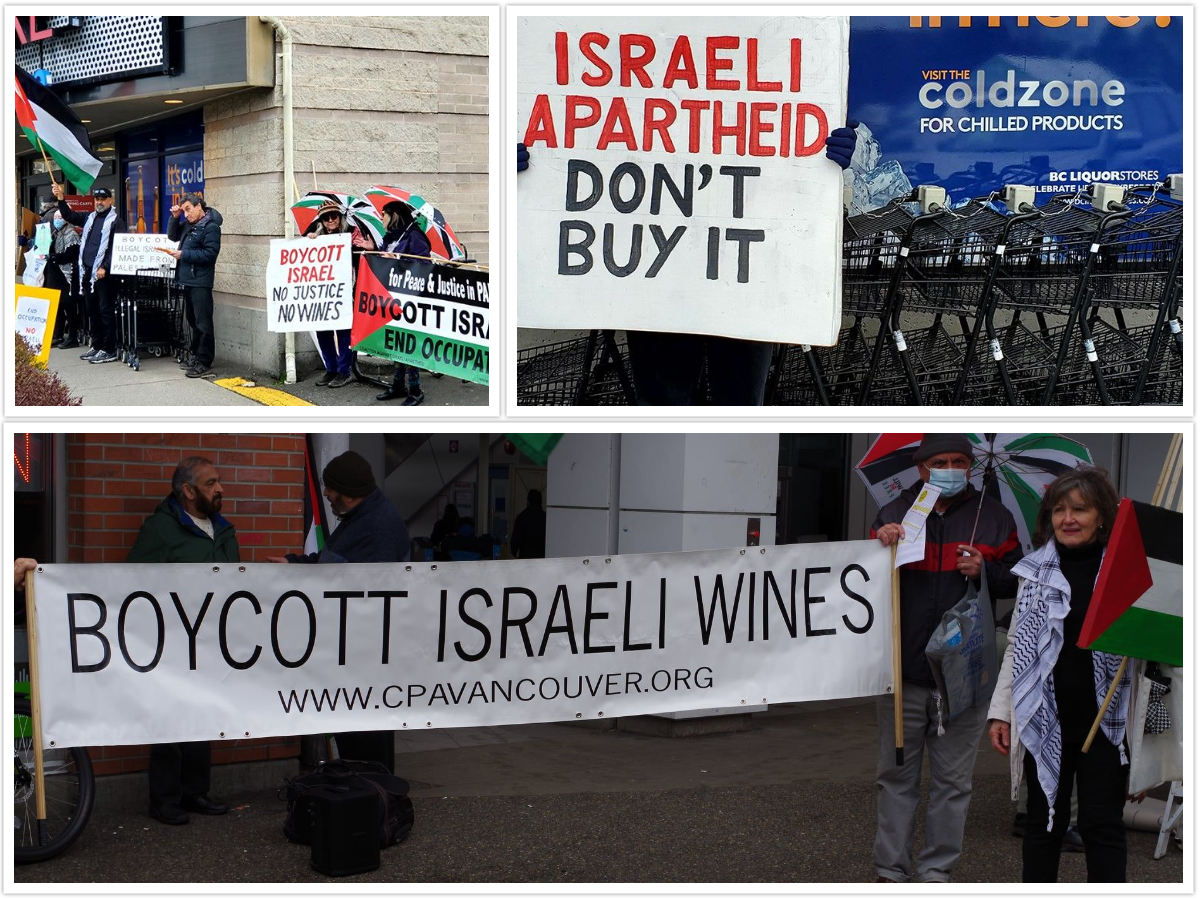 Send your letter now to support the campaign.

The campaign in British Columbia to Tell the BC Govt to Pull Israeli Apartheid Wines is gaining momentum. On March 26, activists were out on the streets in both Victoria and Vancouver to once again highlight the complicity of the BC government in Israeli war crimes. Both cities carried banners and signs calling on consumers to not support Israeli apartheid, and hundreds of flyers were handed out.

Further, over 800 concerned people have signed our action network letter that was started recently: the on-line version has collected 782 signatures so far and a further 47 signatures were collected when folks signed the letter in-person on March 26.

Friends of the Campaign

There is also a new “Friends of the Campaign” initiative, which will highlight notable friends and allies who have endorsed our letter campaign to “Tell BC Govt to Pull Israeli Apartheid Wines!”. Here is our initial list to date: