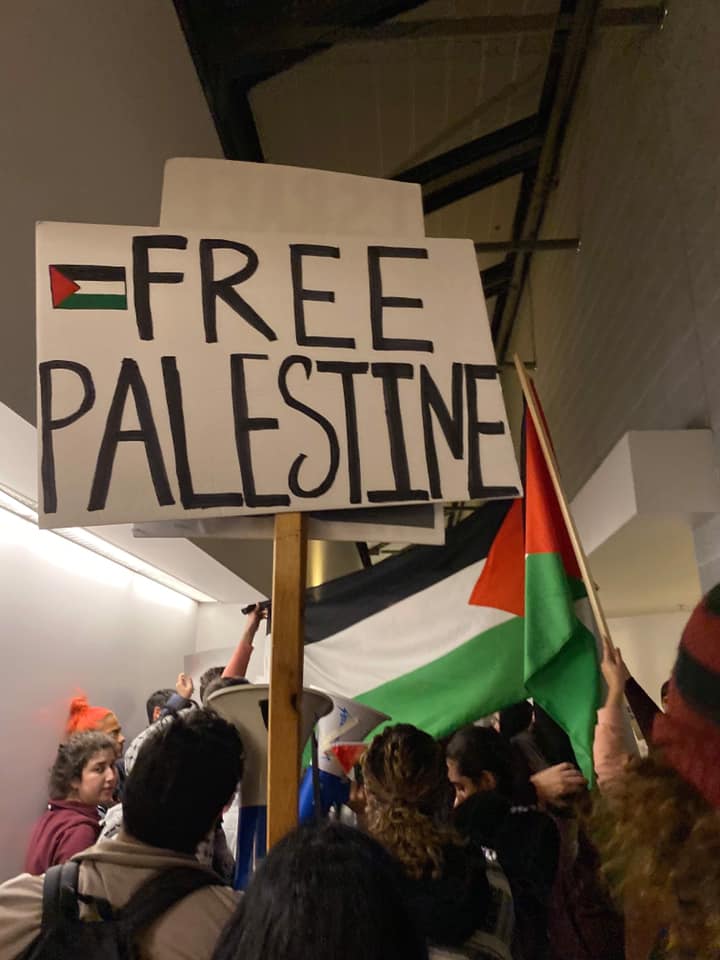 In the evening of November 20th, an Israel advocacy club at York University hosted an event featuring former IDF soldiers. The meeting billed itself as a chance to hear from “real Israeli soldiers” about the “Arab-Israeli conflict, BDS and much more”.

Pro-Palestinian groups on campus and their supporters were, not surprisingly, outraged and called for a rally to protest such an event. The Canadian Jewish Defense League JDL then publicly announced it was planning to be at the York campus to “counter” the planned protest. Even the university administration felt compelled to warn the JDL in an official letter “to not engage in inappropriate behaviour”.

What transpired that night is already known – the protest went ahead, the JDL was on campus and insisted on being violent and disruptive, and one pro-Palestinian supporter was sent to hospital. However, the response after has been more shameful than what actually took place.

The Zionist lobby rushed to focus in on allegations that it was the pro-Palestinian protesters that were violent and “anti-Semitic”, and even claimed that the chant of “Intifada, intifada, go back to the ovens” was part of the protest (but offered no proof). Multiple witnesses at the scene have stated they observed no such behaviour and others who have viewed most of the videos that have been posted from the evening (and there are many) made the same observation. They also point out that if any evidence existed, it would surely have been made public by now.

And CUPE 3903 from York, whose member was the one sent to hospital, also issued an official and strongly-worded statement slamming the university administration for its failure to protect its students and employees.

But none of this seems to have stemmed the tide of once more blaming the victim for what befalls them. As in Gaza, where Palestinians are routinely blamed for “bringing Israeli violence on themselves”, so goes the narrative at York University. Never mind that the JDL head posted a video of himself during their counter-demo saying “We’re getting the job done here at York University, the JDL is here in force, we’ll do what we have to do…” or that screenshots of FB posts from JDL supporters or members bragged about how “one of my boys knocked one of their guys out”.

First the university administration took a one-sided position, right wing politicians like Ontario premier Doug Ford got in on the act, and finally PM Justin Trudeau joined in on November 22 tweeting his condemnation of the students.

We call on all Palestinian community and solidarity organizations to speak out about this threat to our right to protest, our right to our lived narrative and our right to bring the Palestinian story forward. We also call for an apology from PM Trudeau. It is not racist to protest against the occupation army that daily humiliates and subjugates our people. It is not racist to protest against the Israeli military that earlier this month murdered 9 members of the same family in Gaza, and then claimed it was a “mistake”.