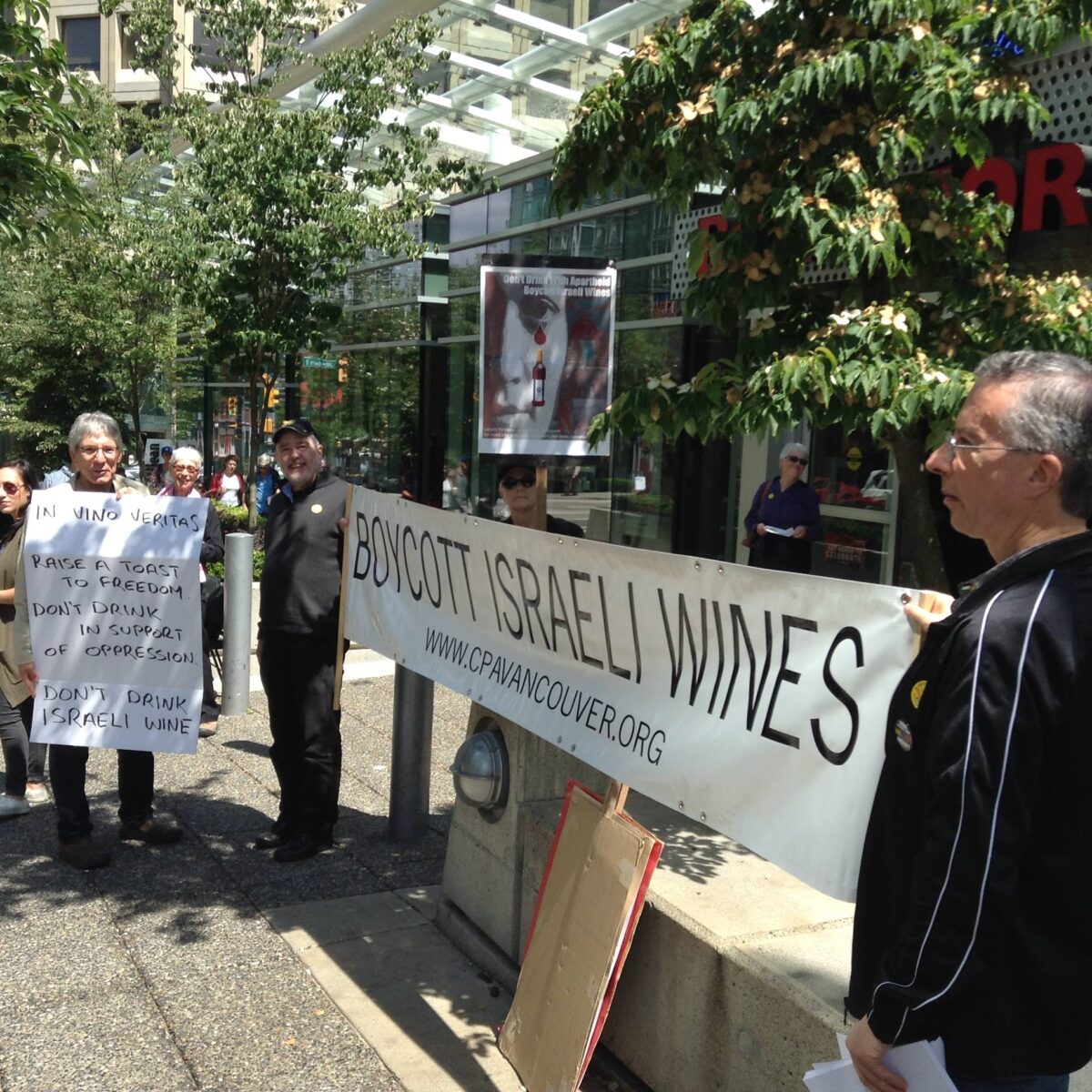 The sale of wines from illegal Israeli settlements in BC and Canadian liquor stores has been an ongoing travesty for over a decade; there is no better place for the NDP to implement its new policy to end “all trade and economic cooperation with illegal settlements in Israel-Palestine”.

Today, we sent a letter to the Finance Minister in the BC NDP government, calling for action to finally be taken on this issue. In September 2018, thirty-one organizations already told the BC government: “We do not wish to be made complicit in these violations of international law.”

We are following up on our previous letter to BC Attorney General, David Eby, who was at that time responsible for the Liquor Distribution Branch, regarding the stocking of illegal Israeli settlement wines in our public liquor stores. We are corresponding with you as the Minster of Finance, as we understand the BCLDB is now under your jurisdiction.

Since our letter to Mr. Eby (that was neither acknowledged nor answered), and further to the concerns presented by a Feb. 10, 2020 community delegation that were also disregarded, there have been several developments to which we would like to draw your, and your government’s, attention.

These are all further proof that by carrying Israeli wines produced in the Palestinian occupied territories, you are complicit in the crime of Apartheid.

Further, as noted multiple times in our previous correspondence with your government, carrying these illegal settlement wines produced in the Palestinian occupied territories also means you are violating International Law and the Fourth Geneva Convention (article 33 Paragraph 2), regarding the pillaging of occupied territories.

We also expect from your NDP government to now abide by the NDP convention resolution on Palestine that called for “Ending all trade and economic cooperation with illegal settlements”. We would like to remind you that over 80% of the NDP delegates voted for the Palestine resolution; these are the same delegates who represent many of the people who elected your government in B.C. and will be waiting to see if NDP officials in power will respect the wishes of the party’s grassroots.

We also remind you again of the Federal Court ruling that “product of Israel” labels from wines made in the West Bank, in the occupied Palestinian territories, are “false, misleading and deceptive”.

The time is over for stonewalling and ignoring our correspondence; your government’s handing of this issue is a grave reflection on your disregard for morality and humanity.