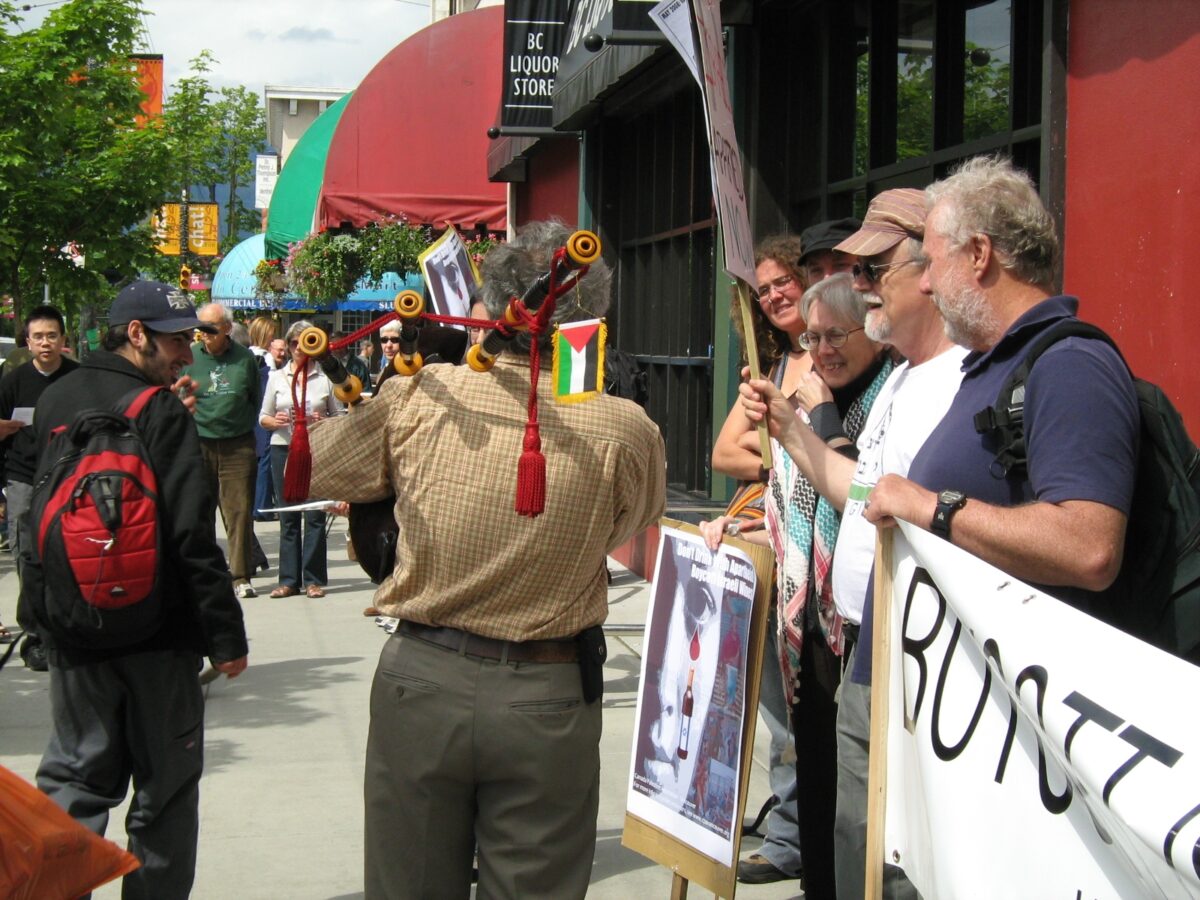 On this 60th anniversary of the Palestinian Nakba, the Israeli government has announced plans to “rebrand” its 60 years of dispossession and ethnic cleansing. Here in B.C., the focus of this “rebranding” is the promotion of wines under an Israeli label in B.C. liquor stores, which are now carrying products from the Galil Mountain Winery, the Golan Heights Winery and the Dalton Winery. The Golan Heights Winery (of which the Galil Winery is a joint venture) produces wines from grapes grown on occupied Arab land, and many of their wineries are located on occupied Syrian land in the Golan Heights. All of this is in direct contravention of the Fourth Geneva Convention and stated Canadian policy. Nonetheless, successive Canadian governments have given Israel preferential trading status under the Canada Israel Free Trade Agreement, an agreement that financially enables the Israeli government’s oppressive policies and does not even attempt to distinguish products that are from illegal Israeli settlements. And BC liquor stores, when questioned as to their shameful actions, replied they “…offer products from around the world on a commercial demand basis.”

We say 60 years of “rebranding” is enough; 60 years of dispossession, exile and the destruction of a whole nation are enough. Send this message to the Israeli government, and to our local and national politicians. As the South African campaigners said many years ago outside BC liquor stores, then as now, DON’T DRINK WITH APARTHEID!