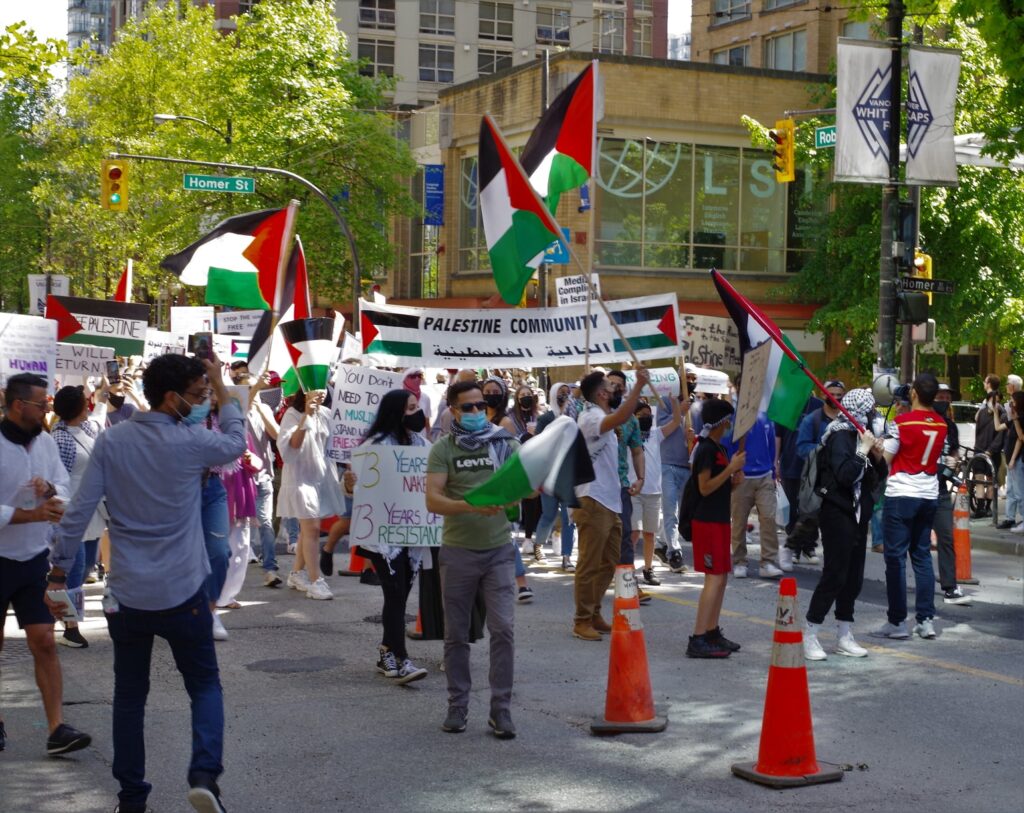 We stand for freedom, justice and equality for the Palestinian people, and believe as Nelson Mandela did that “our freedom is incomplete without the freedom of the Palestinians.”

In the name of Canada Palestine Association, Vancouver and the Canadian BDS Coalition, we are reaching out to all candidates and political parties in the upcoming Vancouver city election to know where you stand on the following issues. (We will make your answers public and ask our supporters and all anti-racist Vancouverites to vote their conscience. #IVotePalestine).

1.   No IHRA at Vancouver city council:

A motion was submitted by Councillor Kirby-Yung on July 23, 2019 to adopt the anti-Palestinian definition of the “International Holocaust Remembrance Alliance (IHRA) definition of antisemitism”, which aims to silence criticism of Israel. The motion was not passed, although it was supported by all five members of the Non-Partisan Association (NPA).

Do you agree that such a definition, that equates criticism of Israel with anti-Semitism, “undermines both the Palestinian struggle for freedom, justice and equality and the global struggle against antisemitism”?
Do you pledge to consult with Palestinian, Arab, Muslim and human rights organizations such as BCCLA when discussing city policies relating to race relations and racism, and to combat all forms of racism?

B. On June 19, 2019, a representative of the Zionist organization, the Centre for Israel and Jewish Affairs (CIJA), addressed the Vancouver Police Board where he called on them to “formally adopt the IHRA definition…and to ask relevant units of the VPD to make use of it as a tool”.

There is a growing movement across North America to scrutinize and hold police forces to account. In praising visiting Israeli war criminals and giving a platform for local pro-Israel advocates, the Vancouver Police have been complicit in legitimizing Israeli war crimes and promoting anti-Palestinian racism. We expect better!

Do you support calling on the Vancouver Police to stop exchanges with Israeli police officials and units, and to educate themselves on anti-Palestinian racism and its implications in their relations with the community?

International human rights organizations Amnesty International(AI) and Human Rights Watch (HRW), and the Israeli human rights organization B’Tselem, have established that Israel is an apartheid state that practices institutional racism in all of the territories under its control “from the Jordan River to the Mediterranean Sea”.
Please check out Amnesty International’s Aug. 15, 2022 post: “Israel’s Apartheid Against Palestinians: Report & Resources” and Desmond Tutu’s opinion: Israel guilty of apartheid in treatment of Palestinians.

Would you be willing to work towards declaring the city of Vancouver and its institutions as apartheid free zones?

The Jewish National Fund(JNF) practices blatant and well-documented discrimination against Palestinians, as it does not lease nor sell any of the properties under its control in Israel to non-Jews, including Palestinian Israeli citizens. Further, a 2019 CBC report revealed that JNF Canada had solicited donations and issued charitable tax receipts for funds to go directly to the Israeli military and to illegal settlements in the occupied territories.
Israeli scholar Uri Davis stated in his comprehensive writings that “Central to the Israeli legal apartheid system is the Jewish National Fund (JNF)”.

Regrettably, the City of Vancouver historically has been complicit in supporting this blatant discrimination through the actions of successive mayors and councillors. This included Mayors who attended JNF fund raising dinners such as Mike Harcourt, Philip Owen, and Larry Campbell to Gordon Campbell who sent greetings to a JNF gala, to the mayoral candidate and city councillor Jim Green who proudly hung a JNF donation certificate at his Vancouver City Hall office.

Do you agree that it is unconscionable and inappropriate for City of Vancouver officials to support or promote an organization that is openly racist and discriminates against an indigenous population, in this case the Palestinians?