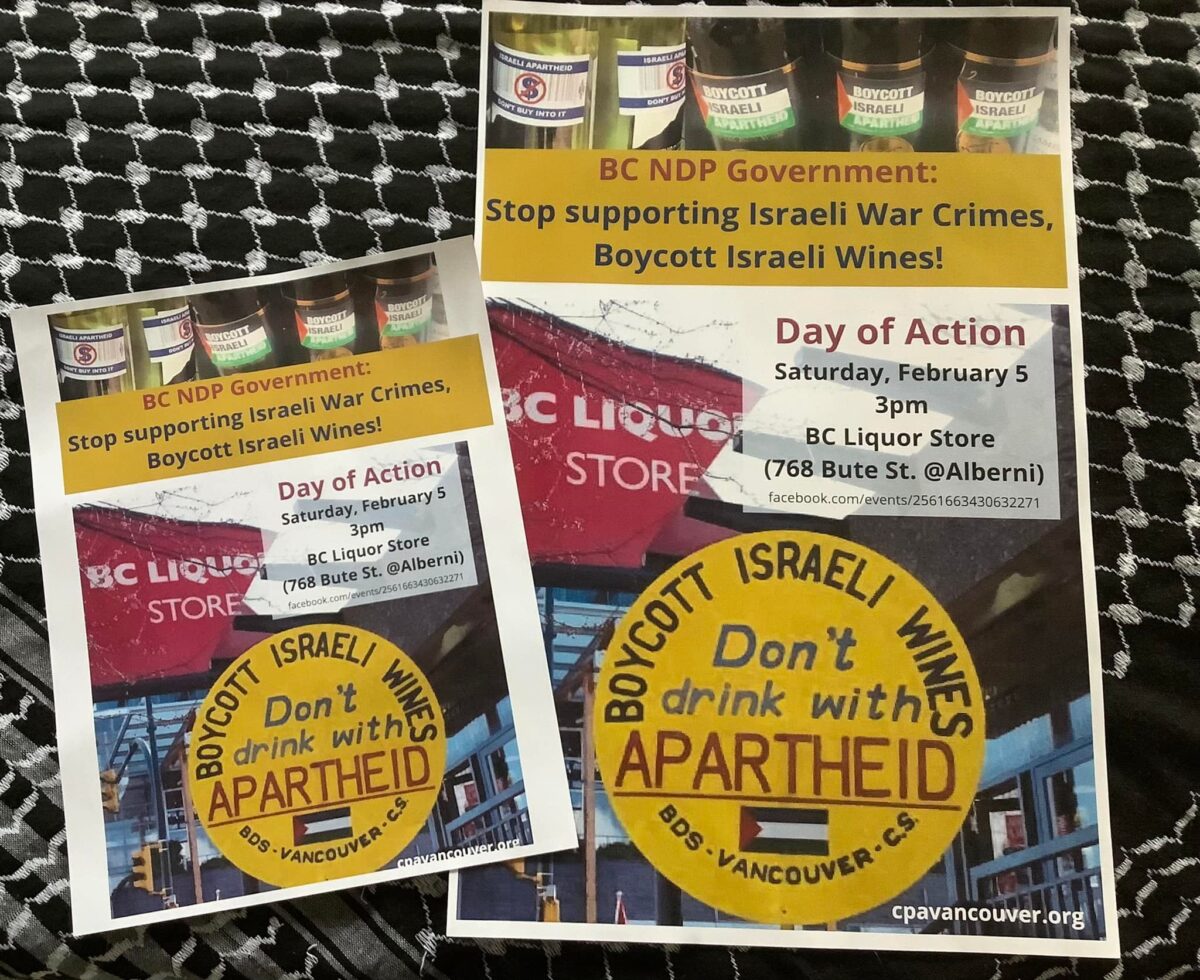 The British Columbia Liquor Distribution Branch is complicit in violations of Palestinian human rights. Despite calls from multiple local organizations for a boycott of Israeli wines, many produced in occupied Palestinian and Syrian territories in the West Bank and the Golan Heights, they continue to be sold in publicly owned BC Liquor Stores. Repeated appeals to the provincial cabinet ministers responsible for the Liquor Distribution Branch have seen no action and little response.
Israeli settlements are illegal under the Fourth Geneva Convention and international humanitarian law. They are part and parcel of the systematic targeting of the Palestinian people for dispossession, occupation and apartheid.

From Turtle Island to Palestine, profiting off colonization is a crime!