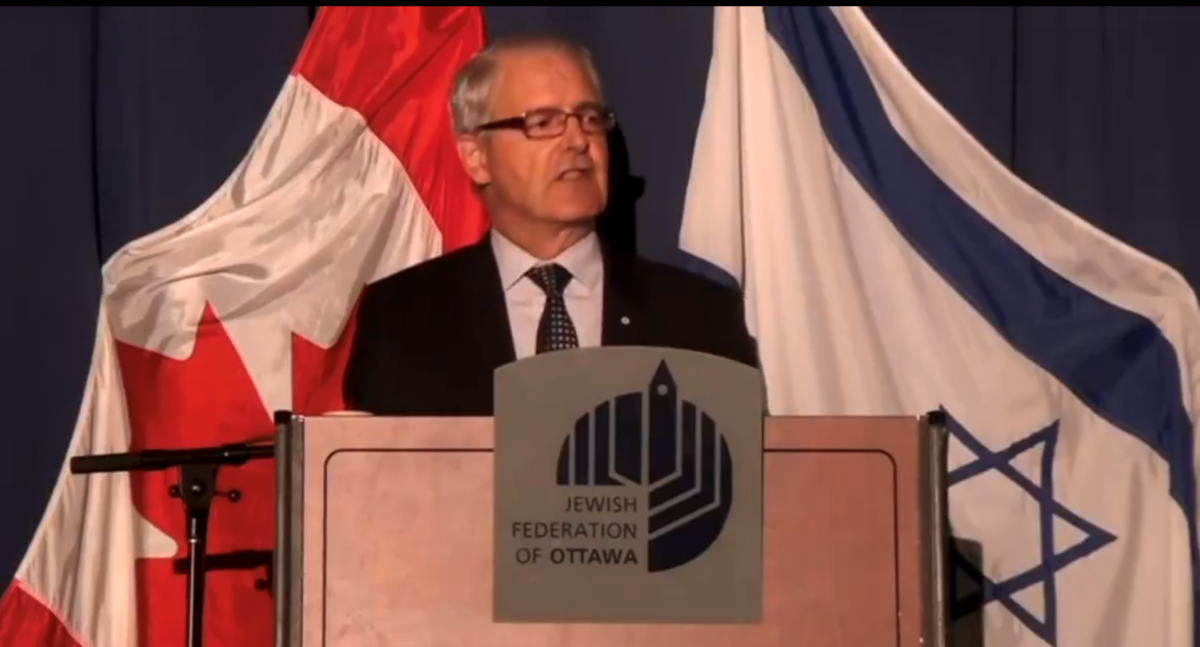 Canada’s convoluted double-talk on Palestinian rights and the International Criminal Court is a true masterclass in diplomatic hypocrisy. It flows from a biased and erroneous foundation, that is both inherently anti-Palestinian and allows for sweeping Israeli impunity.

The Trudeau government claims it supports a rules-based order and the ICC, but just not when it comes to Israeli war crimes. According to the recent statement by Marc Garneau, Foreign Affairs Minister, this is because Canada does not acknowledge the ICC’s jurisdiction to launch such an investigation. And that position is based on another piece of flawed reasoning, that Canada does not recognize a Palestinian state. And will only do so if and when such a state is “achieved through direct negotiations between the parties.”

So, lets follow this argument to its conclusion. Canada doesn’t recognize a Palestinian state (except maybe when it comes to vaccines?). Therefore, they are not allowed international protection or access to forums like the ICC; and are at the mercy of the prevailing status quo, which has much of the international community either turning a blind eye to, or actively promoting, Israeli aggression and ethnic cleansing.

And if Palestinians want that to change, they must commit to another 25, or even 50, more years of endless negotiations towards a mythical two-state solution. (Never mind that they went down this road already with Oslo which promised them a state by 1998.) A solution that so far has achieved nothing for Palestinians and has in fact, entrenched even more loss of land and loss of rights. Negotiations that basically give Israel, as the occupying and militarily superior force, veto power over what will be allowed. Ghassan Kanafani, the late Palestinian writer and thinker, aptly summed it up as a “conversation between the sword and the neck”.

Still, Canada repeatedly claims it is “firmly committed to a two-state solution”, a claim that rings hollow. Many Security Council resolutions have been passed, calling on Israel to end its illegal occupation of Palestinian and Arab territories including UNSC resolution 242 of Nov. 22, 1967 and resolution 338 of Oct. 22, 1973 (that reaffirmed resolution 242). If the Canadian government were genuinely concerned about this brutal occupation that has inflicted untold suffering and atrocities against the Palestinian people, they could have taken any number of concrete actions, such as sanctions or honouring Article One of the Fourth Geneva Convention. But in a clear sign that they are willing to allow Israeli violations of International Humanitarian Law and Israel’s flouting of UN resolutions, successive Canadian governments have done nothing but sustain and provide cover for Israeli war crimes.

But not to fear, every once in a while, Canada will make some shallow gesture or nice photo-op, to show that they really do care about Palestinians and their rights. Some funding for UNRWA, but only if we can control the books in their schools and every action from their senior managers. Or a Canadian diplomat shows up in a photo at a West Bank location with EU reps to demonstrate their opposition to yet another Israeli demolition of a school or a village. But don’t expect any further meaningful action once that school is actually demolished, because that type of serious challenge to the Israeli government’s trampling of Palestinian rights is not on the agenda of the Canadian government.