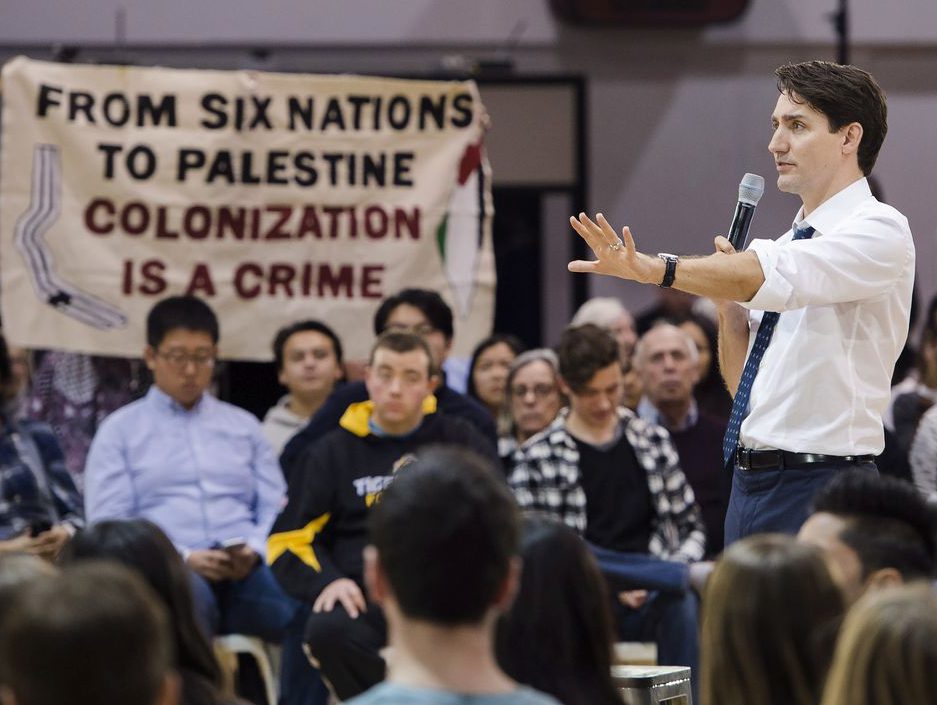 Last month, the Canadian government changed its vote at the United Nations Third Committee on a resolution entitled “The right of the Palestinian people to self-determination”, from a “no” vote to a “yes”. That vote was maintained today at the UN General Assembly when it came up for final ratification. However, this single yes vote, or “orphan vote”, is just one of the 20 votes that Canada casts on resolutions regarding Israeli violations of human rights and international law, and support for Palestinians. On all other votes, Canada so far has stuck to its decade-old tradition of steadfast support for Israel at the UN by either voting against or abstaining on these resolutions.

If the Trudeau government really believed in the resolution they just voted “yes” on, why has this not translated into a change on at least some of their other votes as well? Why have they insisted on altering only this vote and going out of their way to assure the Zionist lobby that nothing else will change? Is it political opportunism, and if so, what are the motives?

There has been a lot of speculation that Canada is doing this to try and gain a seat on the UN Security Council in 2020. That analysis does fit with the hype that accompanied the initial vote change, that presented it as something significant and worthy of extended media coverage. Even though it was just a single vote and it was also made abundantly clear from the beginning that no other votes would change. But if it is a Security Council seat that is in play here, who are the advisers or other international players that have assured the Trudeau government that changing just this one vote will suffice? That this will be enough to garner support of sufficient members of the UN when the time comes? That the stink of hypocrisy that floats over changing only this one vote and absolutely no others will be brushed aside?

Along with the Security Council seat, other analysts have suggested the influence of being in a minority government as a factor. And the highlighting of the hypocrisy of the Liberals during the recent election on this issue of their UN voting record by the #IVotePalestine campaign may also have struck a nerve.

It may well be a combination of all of the above and even more that has not yet come to light.

All we can say for sure is that Canada changed one vote, and nothing else. Not only has the overall voting record at the UN remained identical, but Trudeau’s statements on other issues, like the recent protest at York University, have been the predictable regurgitation of the Zionist narrative.

It is important, however, to recognize that the Canadian government can stand up to the Israel lobby when it so wishes and when it suits its interests. It’s just that this behaviour, on the rare occasions that it occurs, is not and has never been predicated on any concern for Palestinian human rights or aspirations, but rather on purely imperial and self-centred motives.

We are left with only one conclusion – that Canada has not changed its policy on Palestine. Period. Although all of us in the solidarity movement are desperate for, and would be uplifted by, a genuine and serious change in Canada’s relentless anti-Palestinian tirade, this is not it.

It is flawed to claim that something is a good step in the right direction, unless it actually is followed by other similar steps on the same path. Otherwise it is simply a one-off exception, and activists need to understand why it is happening and what is the agenda. Liberal politicians in Canada are well-known for playing with the rights and demands of the Palestinian people, and this would not be the first time that such crass opportunism has happened.

Whether Trudeau is desperate for the legacy of the Security Council seat, or is using the tragedy of what the Palestinians suffer on a daily basis to prove he can stand up to Trump, or is trying to cement his standing in the midst of a shaky minority government, it is unconscionable to use the Palestinian people and their over 70 years of dispossession as pawns in his personal chess game. And that is not something for which he deserves any praise.