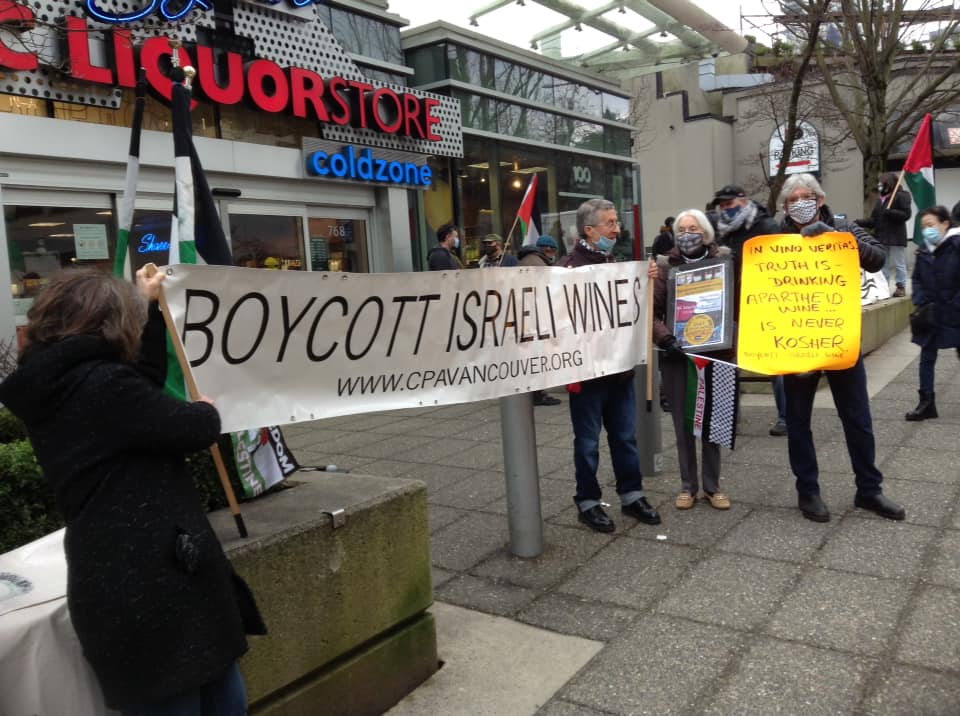 Join local groups in Vancouver to mark the annual International Day of Solidarity with the Palestinian People with a picket to “Tell the BC NDP Govt to Pull Israeli Apartheid Wines”.
Major international and Israeli human right groups, including Amnesty International, have determined that Israel is committing the crime of apartheid. Yet the BC government insists to carry Israeli wines in publicly owned BC liquor stores, even though most are linked to the illegal Israeli settlement enterprise.
The wines in question are either from the Golan Heights Winery and its joint venture the Galil Winery; or from the Israeli Teperberg Winery, which proudly displays a map on its website showing vineyards in occupied Palestinian territory.
More info: http://cpavancouver.org/boycottisraeliwines-campaign/
Cosponsors for this event include BDS Vancouver-Coast Salish, Canada Palestine Association, ILPS Canada, Independent Jewish Voices Vancouver, Samidoun Vancouver