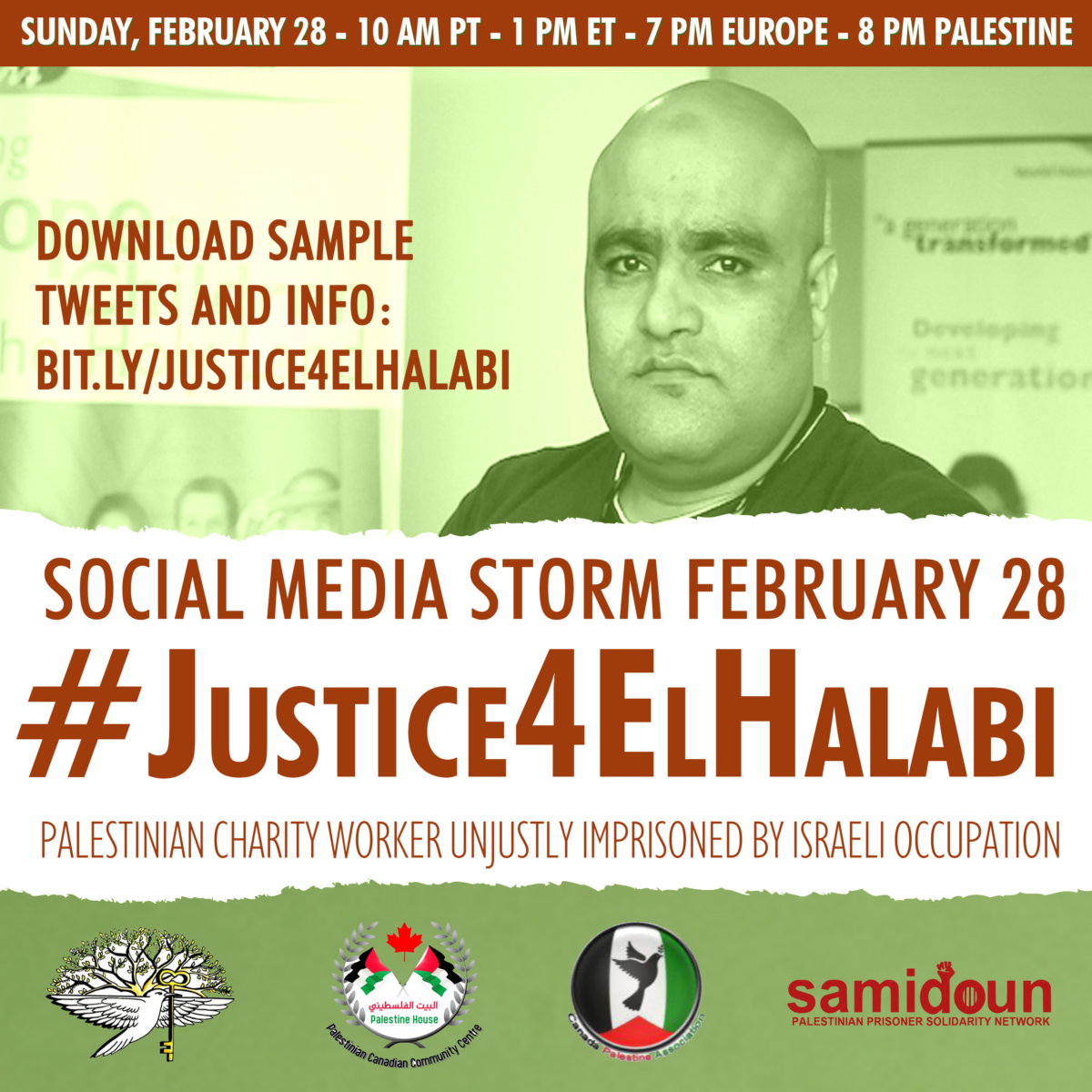 Mohammed El-Halabi is the former director of World Vision in Gaza. A Palestinian “humanitarian hero,” Mohammed El-Halabi, 42, was detained by Israel in 2016. In a widely promoted press campaign, El-Halabi was accused by Israeli officials of financing Hamas using funds from the charity. However, audits by World Vision and the Australian government found not only that there was no misuse of funds but that, further, the Israeli charges were fundamentally impossible — World Vision’s budget over multiple years never reached the sums of money cited by Israeli officials.

On March 3, 2021, Mohammed El-Halabi will face his 156th court hearing. All of his hearings have taken place behind closed doors, and UN experts noted that el-Halabi’s “arrest, interrogation and trial is not worthy of a democratic state.” He refused a plea bargain after being warned by the judge in his case that he will likely be convicted and that, “You’ve read the numbers and the statistics,” the judge told el-Halabi, according to ABC. “You know how these issues are handled.” The plea bargain offer would have seen him imprisoned for three years. He has now been imprisoned without conviction for four and one-half years.

Mohammed El-Halabi is a protected person under international humanitarian law, yet he has been subjected to gross violations of his fundamental rights. Mohammed El-Halabi’s case has been used to intimidate international NGOs away from working in Gaza, further tightening the siege on over 2 million people living under daily Israeli siege, occupation and ongoing bombing raids — most of them refugees denied their right to return to their original homes and lands in Palestine. On February 28, join us to demand #Justice4ElHalabi.