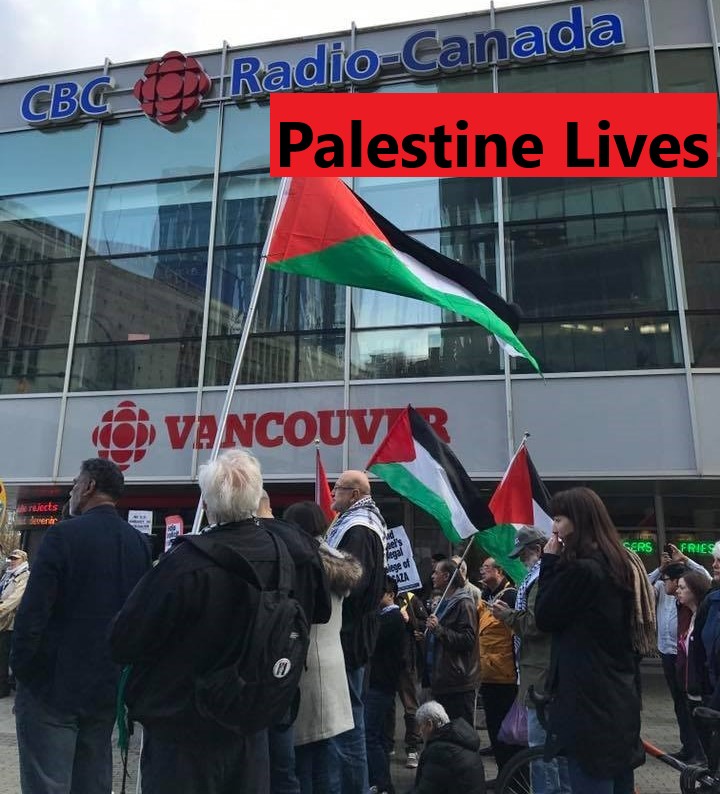 We have received the more detailed reply regarding CBC’s language guide on Palestine from Paul Hambleton, Director of Journalism Standards. We understand many people received a very similar response with identical points defending CBC’s insistence on not using the word “Palestine” except in very rare circumstances (i.e. part of a name). Even in that, CBC management could not adhere to its own policy when Mr. Hambleton referred to the Palestinian Liberation Organization rather than the Palestine Liberation Organization in his reply.

We are not satisfied with this response and are requesting the Ombudsman Office to launch a review of this case.
Frankly, the more CBC explains this biased policy the more convoluted their verbal gymnastics seem to become. They have now shed more light on the relevant clause that started the whole fiasco and led to The Current apologizing on air for referring to Palestine, rather than the Palestinian territories. The full clause has fastidious detailing of when not to use the word Palestine; one cannot refer even to pro-Palestine supporters, they can only be pro-Palestinian. And when referring to historic Palestine, one must use the term “British Palestine” if talking about the period of British colonial rule after WW1.

Even if one puts aside CBC’s argument on Palestine not yet being a “sovereign country”, why this obsession with removing any usage of the word Palestine in nearly all other contexts, including generic or historic ones? The “British Palestine” reference seems particularly ridiculous and archaic in post-colonial times.

Here are some documented historic facts:
a. In 1896, the founder of Zionism, Theodor Herzl wrote in his book “The Jewish State”: “In Palestine (our emphasis) … we shall be for Europe a part of the wall against Asia, we shall serve as a vanguard of civilization against barbarism.”
b. In 1897, the First Zionist Congress listed as some of the aims of the movement: “Zionism strives to create for the Jewish people a homeland in Palestine (our emphasis) secured by public law. The congress contemplates the following means to the attainment of this end:
The promotion on suitable lines of the colonization of Palestine (our emphasis) by Jewish agricultural and industrial workers…”
c. The British Balfour Declaration that adopted and legitimized Zionism stated: “His Majesty’s government view with favour the establishment in Palestine (our emphasis) of a national home for the Jewish people…”
As demonstrated, Palestine existed and was referenced as such before and during the colonial British Mandate on Palestine, the official name of which explicitly recognized Palestine. For CBC to claim that it should now be referred to only as “British Palestine” is not just dishonest, misleading and a fabrication of history, it also adopts the narrative of the Zionist movement that denies the existence of Palestine and its people.

As CBC seems to fully understand that language is an important component of defining issues, we assume that they also understand that their policy makes them complicit in trying to eradicate Palestine’s national identity. This has long been a pillar of the Zionist project, which goes to great lengths to ensure that the Palestinian struggle is not framed as a national struggle against settler-colonialism.

Mr. Hambleton stated: “We think it would be misleading to state or imply that “Palestine” is a sovereign country (which is substantially different from having “non-member observer status” at the United Nations). We also think it would be inappropriate for the CBC to unilaterally declare that Palestine suddenly exists (where are its negotiated borders?)…”

We should inform CBC that Israel has never officially demarcated its “borders” (negotiated or non-negotiated), so by this logic, it is inappropriate for CBC to use the term Israel.

Although CBC does state the term “occupied territories” is preferred to “disputed territories”, most of their language guide nonetheless refuses to frame the Palestinian and Arab struggles as national ones against a foreign occupying power. The language guides also notes, after acknowledging that the Golan Heights is “occupied territory”, that this is territory “which Israel and Syria are at odds over”. “At odds over” – really? This is not the kind of precise language that Mr. Hambleton repeatedly insists CBC wants to use when reporting on these issues. The Golan Heights is not only occupied territory, it is also illegally annexed territory, and should not be represented as a “territorial squabble”.

In response to our question on how this language guide was developed, Mr. Hambleton stated that amongst other criteria, it was based “on research and interviews conducted by CBC foreign correspondents (including interviews with Israeli and Palestinian experts inside and outside the Middle East)”. He does not specify which “Palestinian experts” were interviewed or if they were even Palestinian. We would like him to clarify who these experts are because we seriously doubt any Palestinian or knowledgeable objective expert on Palestine and its history would have agreed to such restrictions on referencing the Palestinian national struggle.

It is interesting to compare CBC’s approach to language around Kosovo. Although each situation is unique, surely there are universal principles that should guide CBC’s policies. Kosovo is not a member of the United Nations in any capacity, it is recognized by fewer countries in the world than the state of Palestine, yet CBC is happy to use the proper term Kosovo in its reporting. The only difference we can see is that the Canadian government has officially recognized Kosovo, but not Palestine. Although CBC’s mandate states it has administrative and programming independence from the Canadian government, this doesn’t seem to be the case. Their website states: “This principle of ‘arm’s length’ relationship between the CBC and government is critical to the Corporation’s independence.” This “arm’s length relationship” doesn’t seem to have held up well. Shouldn’t we just acknowledge that our national broadcaster implements the foreign policy of successive Canadian governments in its reporting? A foreign policy that resulted in Canada twice losing out on a seat at the UN Security Council, a foreign policy that desperately is in need of a review, a foreign policy that has isolated Canada internationally. CBC could better serve people in Canada by discussing these issues rather than just simply reflecting the defunct foreign policy of the day.

Finally, we strongly believe that CBC is promoting the Zionist narrative, and the official Canadian position in support of that narrative; in doing so, this makes CBC complicit in the dispossession and genocide of a whole nation and its people. It is a sad and supreme irony that the program in which CBC enforced these biased policies and denied the existence of Palestine was titled “the themes of colonialism and resource extraction”.