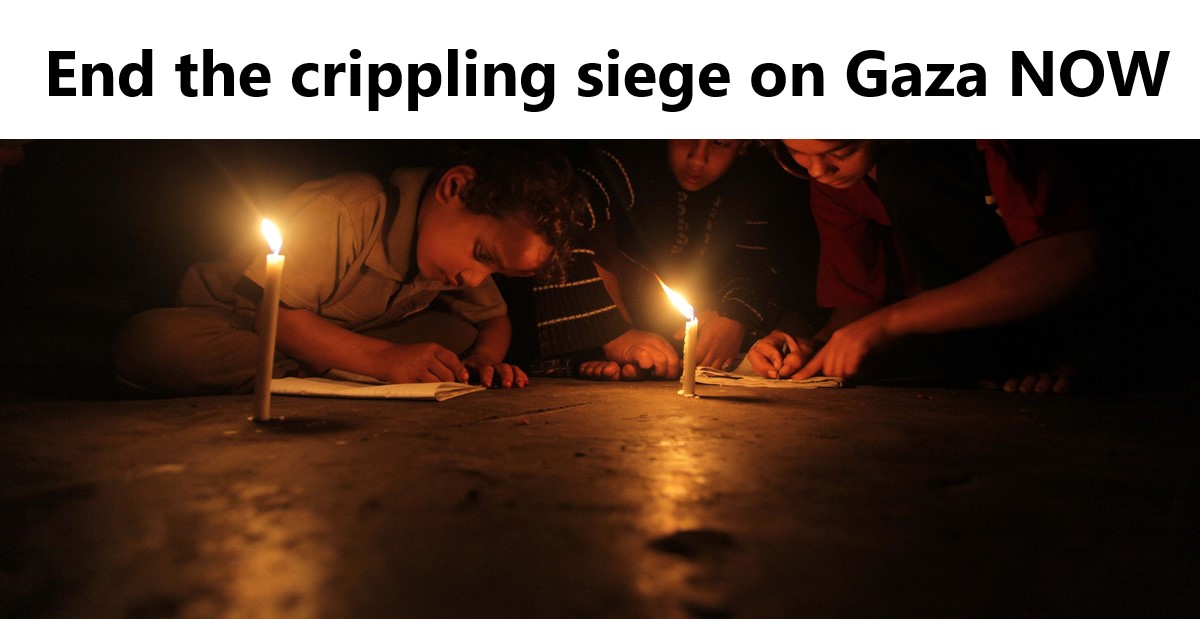 Tell the Canadian government to pressure Israel to end the siege of Gaza.

Join us in calling on the Canadian Foreign Minister to pressure Israel to end the brutal siege of Gaza. Due to the Israeli blockade, Palestinians have few ventilators and even fewer ICU beds to deal with the COVID-19 crisis. 97% of Gaza’s water is contaminated. Now is the time for the Canadian government to break its deadly silence on Israel’s horrific crimes against the Palestinian people. Canada has a direct responsibility for the consequences of the deadly siege of Gaza. On March 29 2006, following Palestinian elections that resulted in a Hamas-majority legislature, Canada (under Stephen Harper) was the first Western country to officially declare cessation of aid. Enough with Canadian complicity!!

“On 19 March 2020, Michael Lynk, UN Special Rapporteur on the situation of human rights in the Palestinian territories occupied since 1967, said in a statement that he is worried about the potential impact of the novel coronavirus (COVID-19) on the Gaza Strip population. He added that the Gaza health care system was collapsing even before the pandemic, because its stocks of essential drugs are chronically low and its natural sources of drinkable water are largely contaminated. He explained that Gaza’s population is also a physically more vulnerable population due to the malnutrition, deteriorating living conditions and high population density. Lynk warned that the possible widespread outbreak of the novel Coronavirus in the besieged Gaza Strip will exacerbate pressures on medical personnel.”