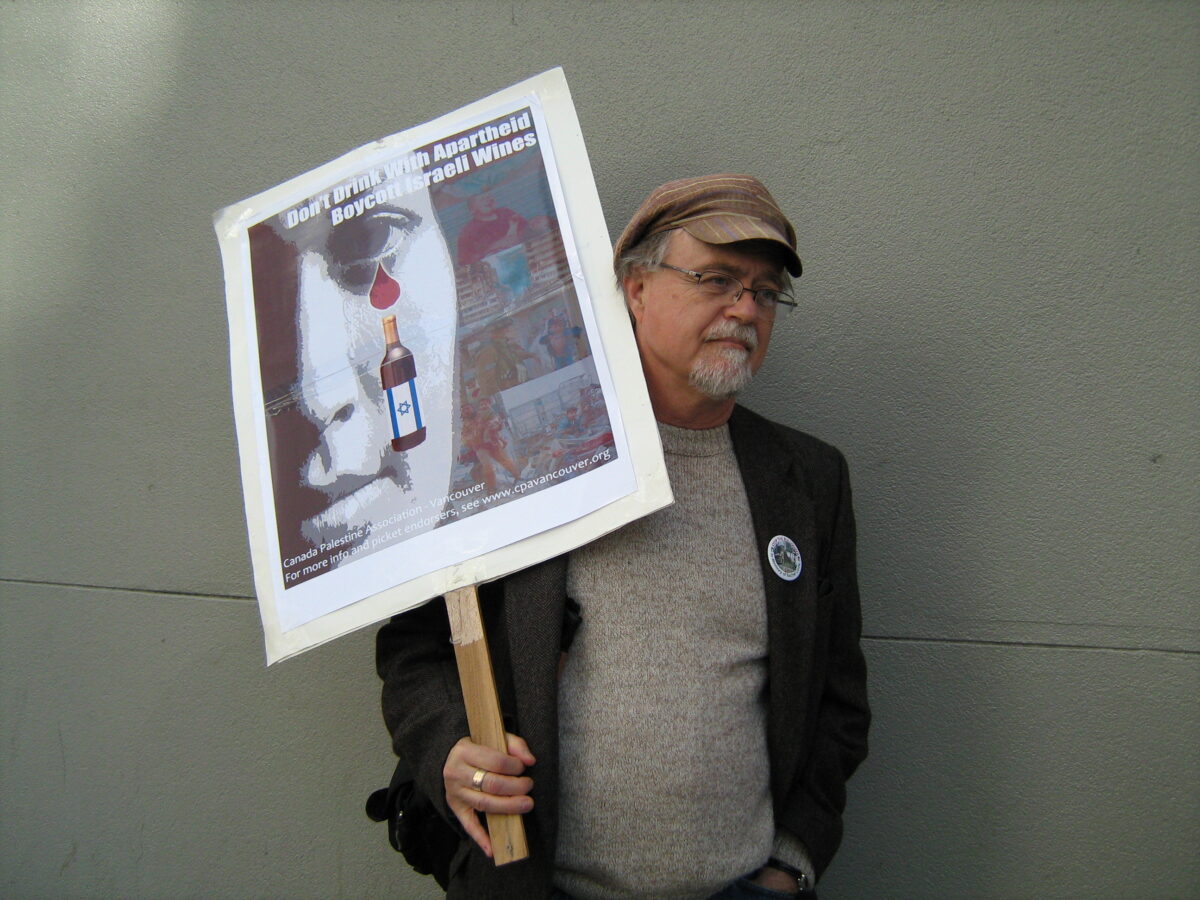 After Canada Palestine Association in Vancouver announced its next “Boycott Israeli Wines” picket for Oct. 18th, 2008, we were informed about the following “Urgent Action Alert” issued by the Canada Israel Committee CIC. Since we began this campaign in BC against the sale of these wines under the “Israel” label in BC Liquor Stores (see our callout below), the local Zionists have reacted in an aggressive and “over-the-top” manner.… Read more